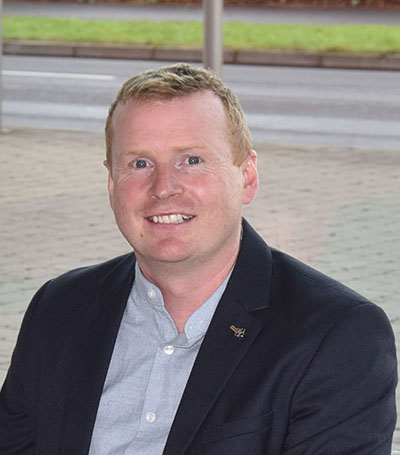 Professor Fair graduated with a PhD from University College Dublin in 2006. He took up a position as Lecturer in Physiology in National University of Ireland, Galway in 2007 and in 2009 joined the academic staff in the University of Limerick where he is now Associate Professor in Animal Physiology. His research is focused on sperm interaction with the female reproductive tract, and its secretions, using both human and animal models.

Sean is interested in all aspects of assisted reproduction in domestic animals; however, his research group is principally focused on sperm interaction with the female reproductive tract and its secretions (bovine, equine, ovine and human) using a range of in vitro and in vivo research techniques. He has ongoing projects investigating (i) the variation between males in sperm functional parameters as well as in the uterine immunological response  (ii) the nutritional control of puberty (iii) sperm selection using micro-fluidics as well as (iv) ewe breed differences in cervical function and its relationship to sperm transport. His research is primarily funded by the Science Foundation Ireland (Investigators Programme), EU (ERA-Net), Department of Agriculture, Food and the Marine (Research Stimulus Fund), Irish Research Council (PhD stipends), Enterprise Ireland (Commercialisation Fund), Teagasc (Walsh Fellowships) as well as industry support.