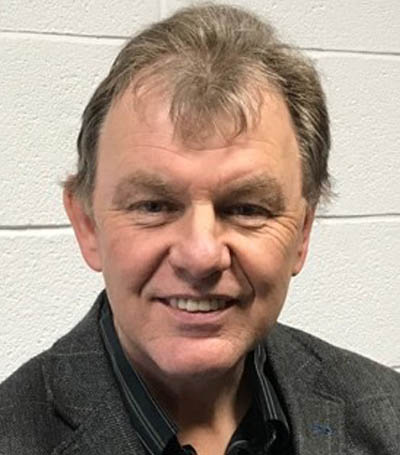 Sean’s current research interests focus on immune function in domestic animals.   He is particularly interested in innate immune defences and pro-inflammatory responses.   He has also published in the area of equine behaviour and has a particular interest in reduction of antibiotic usage in domestic animals.

In January 2020, Professor Sean Arkins was appointed Dean of the Faculty of Science and Engineering (Interim) at the University of Limerick, Ireland.

Sean graduated from UCD with an MVB (Veterinary Medicine) and, subsequently, worked with the Agriculture Research Institute, Moorepark and UCD as a Research Officer. He completed an MSc in Reproductive Physiology at the University of Illinois and, later, completed a PhD in Immunology on the effects of age on cellular immune function, also at the University of Illinois.  Following a post-doctoral research period, he was appointed as Research Assistant Professor in the Edward R. Madigan Biotechnology Centre at University of Illinois and, later, to Illinois State University as Assistant Professor of Cell Biology, where he continued his work on models of the effects of hormones on human immune function. In 1998, he was appointed Professor of Equine Science at the University of Limerick.   At the University of Limerick, he became Head of Department of Life Sciences in 2003, a role he held until 2018.  Sean has served as external examiner for programmes in the University of Ulster and the University of West England.   He has served as Head of the School of Natural Sciences from 2017 to 2018 and as Director of UL’s International Equine Institute from 2010 to 2014.  He has also served as Course Leader, a Member of Academic Council, Academic Programme Review Committee, Management Council and, is currently in his third term as a member of the Governing Authority.