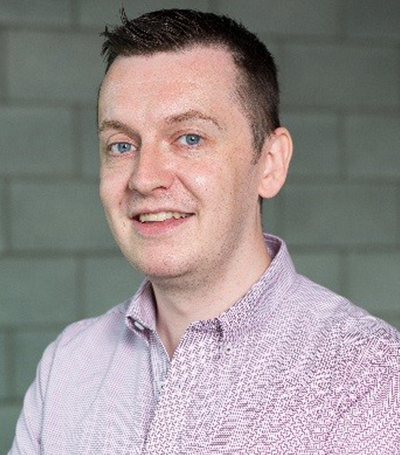 Electrochemistry at electrified soft interfaces:
Background:
Certain liquid-liquid or “soft” interfaces formed between aqueous and organic electrolyte solutions of low miscibility (e.g., trifluorotoluene) are electrochemically active in the sense that it is possible to precisely “polarise” or electrify the interface. By electrifying a liquid-liquid interface it is possible to carry out a large variety of charge transfer reactions.
With traditional electrochemical experiments involving solid electrodes, such as gold or glassy carbon, typically the only charge transfer reactions taking place involve electron transfer. However, electrochemistry at electrified liquid-liquid interfaces allows a much larger variety of charge transfer reactions to be studied or controlled, namely:
Crucially, all electrochemical techniques applied using traditional solid electrodes (voltammetry, impedance etc.) are equally applicable at polarised liquid-liquid interfaces.
Applications:
Solar energy conversion and storage:
The basic design of all solar energy conversion devices necessitates the efficient harvesting of light energy combined with an embedded asymmetry in the charge separation process.
Liquid-liquid interfaces possess several attributes to fulfil this remit: (i) their ease of functionalisation with light harvesting photosensitiser molecules or nanoparticles; (ii) the separation of photoproducts on either side of the interface by local hydrophobicity gradients; beneficially limiting unwanted recombination pathways to improve charge separation; (iii) the self-healing, robustness of these films during operation, and (iv) their facile scalability and low cost processing.
Electrochemical sensor development:
When an ion transfers from the water to oil phase under electrochemical control, it will do so with a characteristic “standard ion transfer potential”.
Thus, liquid-liquid electrochemistry provides a method of creating sensors where the electrochemical “signal”, characteristic of the molecule, is independent of its redox properties. Instead, this electrochemical signal depends on the charge (or state of ionization) of the molecule, or the adsorption characteristics of a molecule at a liquid-liquid interface. Therefore, electrochemical sensors can be developed based on this principle, in particular for species that are either redox inactive or have redox characteristics that are masked by interfering species in the matrix studied.
“Soft” optical mirrors and filters:
Currently, mirrors and filters are produced industrially by thin film technology. A proposed industrially viable approach towards the development of thin film optical technology, potentially circumventing the need for stringent, complex and costly process environments, is the controlled large-scale self-assembly of nanoparticles with tunable optical responses on various substrates and interfaces.
Liquid–liquid interfaces are inherently defect-free and, furthermore, both mechanically flexible, and possessing self-recovery characteristics. Thus, liquid–liquid interfaces represent an ideal system to perform self-assembly of a panoply of species, ranging from molecules to nanoparticles to microparticles, into two-dimensional ordered films.

Dr Micheál D. Scanlon is a physical chemist who specializes in electrochemistry. Currently he is a Lecturer in the Department of Chemical Sciences at the University of Limerick (UL) in Ireland. He was awarded a European Research Council (ERC) Starting Grant in 2016 and has established his new research group in the Bernal Institute at UL.

Dr Scanlon was a postdoctoral researcher in the group of Prof. Hubert H. Girault at École Polytechnique de Lausanne (EPFL) in Switzerland and Prof. Edmond Magner at the University of Limerick (UL) in Ireland. He completed his PhD studies under the supervision of Prof. Damien W.M. Arrigan (now Curtin University, Perth, Australia) at the Tyndall National Institute in Cork and has a BSc. in Chemistry from UCC.

Google Scholar
Researchgate
ResearcherID
Scopus
LinkedIn
ORCID
Mendeley
Twitter
We use cookies on our website to give you the most relevant experience by remembering your preferences and repeat visits. By clicking “Accept All”, you consent to the use of ALL the cookies. However, you may visit "Cookie Settings" to provide a controlled consent.
Cookie SettingsAccept All
Manage consent