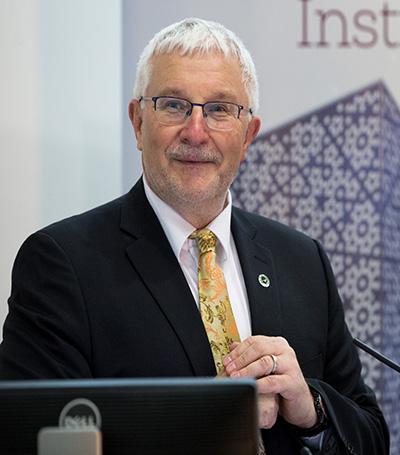 Research activities have focused upon fundamental and applied aspects of crystal engineering since 1990. Currently, metal-organic materials (MOMs), especially microporous and ultramicroporous sorbents, and multi-component pharmaceutical materials (MPMs) such as cocrystals, hydrates and ionic cocrystals are of particular interest. These new materials are aimed at addressing global challenges such as carbon capture, water purification and better medicines. He is a Fellow of the Royal Society of Chemistry, the Learned Society of Wales and the Institute of Chemistry of Ireland. He is also a Member of the Royal Irish Academy.

Prof. Mike Zaworotko was born in Wales in 1956 and received his B.Sc. and Ph.D. degrees from Imperial College (1977) and the University of Alabama (1982), respectively. He served as a faculty member at Saint Mary’s University, Nova Scotia, Canada, from 1985-1998, at University of Winnipeg, Canada from 1998-99 and at the University of South Florida, USA, from 1999-2013. In 2013 he joined the University of Limerick, Ireland, where he currently serves as Bernal Chair of Crystal Engineering, Science Foundation of Ireland Research Professor and co-director of the Synthesis and Solid-State Pharmaceutical Centre, www.sspc.ie