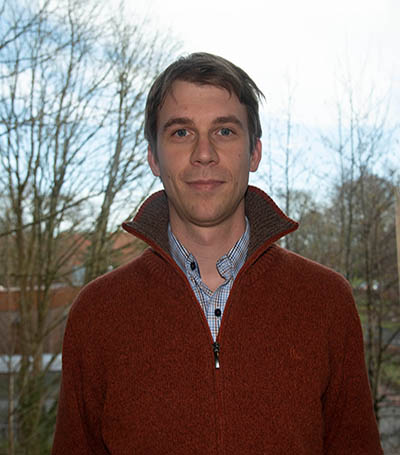 Matthias Vandichel is a Royal Society of Chemistry Fellow and Lecturer in chemical engineering at the University of Limerick. He is a chemical engineering graduate from Ghent University (2003-2008). After his M.Sc. studies, he obtained a PhD-fellowship from Ghent University to investigate catalytic reactions within zeolites and metal organic frameworks (2008-2012). After his PhD, he expanded his research activities to the active site modulation of catalysts as postdoctoral fellow of the Research Foundation Flanders (2013-2016). During this period, he visited two catalysis centres; IRCELyon (France) and the competence centre for catalysis in Chalmers (Sweden). He continued as a researcher at Chalmers (2016-2018), focusing on ab initio thermodynamics, kinetic modelling and the prediction of core level shifts. In September 2018, he joined Aalto University (Finland) to work primarily on the computational electrochemistry topics, such as the description of heterogeneous oxygen evolution catalysts. During his PhD and postdoctoral periods, he has gathered expertise within molecular modeling techniques and catalysis by being embedded within various interdisciplinary research environments. Since October 2019, he works at the University of Limerick as a Lecturer within the Department of Chemical Sciences and as Principle Investigator within the Bernal Institute.

Matthias’ current research interests include computational catalysis (including electro and photo catalysis) and applications of kinetic modeling and Monte Carlo methods to study reaction networks and adsorption phenomena on heterogeneous material interfaces as well as the application of these techniques to describe adsorption and separation of molecules within crystalline porous materials.

More information on the Materials & Catalysis Modeling and links to other modeling activities within the Bernal Institute can be found on MACATAMO-group.com. Matthias’ research can be followed via Google Scholar, ORCID, Scopus, ResearcherID, ResearchGate and Twitter.