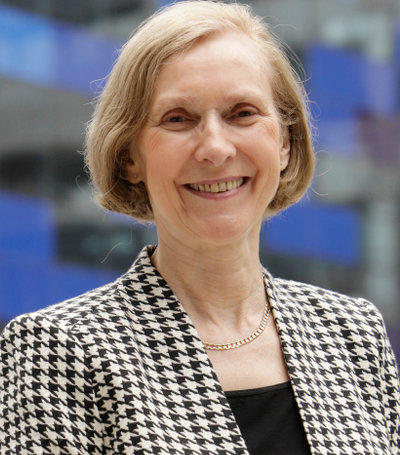 Mary was CEO (2010-2014) of the EU’s EIT Climate-KIC – Europe’s largest public-private partnership addressing climate change – guiding it from inception to a pan-European cross-sectorial innovation community in of >200 (now >400) partners from academia, business and regional/city government, working to innovate for net zero-carbon prosperity and climate resilience. She is now the KIC’s International Ambassador looking to deploy the full force of European innovation beyond the borders of Europe, connecting with and building key climate innovation ecosystems globally for accelerating and scaling impact. In 2015-2016, she established and led a cross-sectorial team in Australia to develop the independent ‘Climate-KIC Australia’ – launched in 2017 and now providing a collaborative innovation platform in the Asia-Pacific region. Her current work focusses on collaboration with innovation ecosystems in Australia, California and Israel, working not only with EIT Climate-KIC but also across the whole EIT Community of 8 Knowledge and Innovation Communities (KICs). She sits on several international boards and was a member of the RISE Advisory Group that advised EU Commissioner Carlos Moedas. Mary is Professor Emeritus and previous Pro Rector for International Affairs at Imperial College London. She is an elected Fellow of: the Royal Society of Biology, the Royal College of Pathologists, the City and Guilds Institute and the Royal Society of Arts, Manufactures and Commerce. She was awarded an OBE in the UK 2014 New Year Honours for her services to scientific research and innovation.