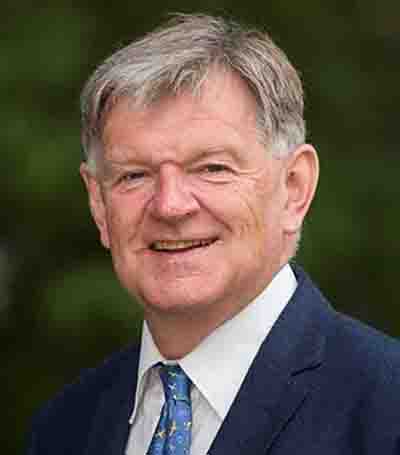 Professor Hodnett joined the University of Limerick in 1984 and was appointed as Professor of Chemical and Environmental Sciences in 1996. He served as Head of Department, Founding Director of the Materials and Surface Science Institute, Dean of the Faculty of Science and Engineering and has led the 52 m Euro Bernal Project supported through philanthropic donations which has allowed the University to appoint 10 full professors in Science and Engineering some positions specifically targeted to support the SSPC and, through it, the Pharmaceutical Industry in Ireland.  He was the Lead PI in the Science Foundation Ireland funded Solid State Pharmaceutical Cluster (2007-2013) and Director of the Synthesis and Solid State Pharmaceutical Centre (2013-2017). These centres have supported the research work of over 100 PhD Students and a further 100 postdoctoral fellows distributed over all the universities and many of the institutes of technology in Ireland, and working closely with the pharmaceutical industry in Ireland.  These centres have been involved in installing world class infrastructure in Pharmaceutical Science and Engineering in Ireland in the last 10 years. Professor Hodnett’s research in the last 17 years has focused on the mechanism of solution mediated polymorphic transformations and the mechanism of heterogeneous crystallizations in each case building on a previous research experience in the areas of surface science and catalysis. Throughout this time he has supervised the work of 35 PhD students and collectively they have published 150 journal articles, which have been cited over 3000 times. Since retirement as Director of the SSPC and the University of Limerick, he continues to supervise the work of a number of PhD students and has found the time to reflect on a number of aspects of crystallization sciences.