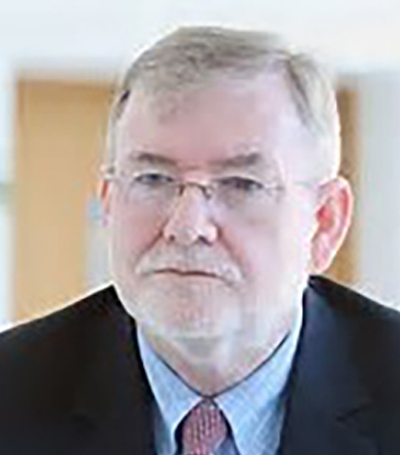 Kieran is currently Managing Director in the Office of the CTO at Applied Materials Inc.  Applied Materials is the global leader in materials engineering solutions used to produce virtually every new semiconductor chip and advanced display in the world. At Applied Kieran leads an Entrepreneur In Residence Group working with Applied Corporate research and external partners to translate innovations into new business and growth.

Kieran has previously served as CEO of the Tyndall National Institute in Ireland (2013-2017), one of Europe’s premier Micronanoelectronic and Photonics National research institutes.

Prior to that he was Vice President & General Manager of the Lighting and Display division at Rambus, Inc. (Nasdaq RMBS) a major licensor of semiconductor memory, optics and cyber security IP, and before that, President & CEO of Silicon Valley Nanomaterials Technology company, NanoGram Corporation (now Teijin Japan). Prior to joining NanoGram Corporation, he was Vice President and General Manager for the Performance Polymers Division of Avery Dennison Corporation (NYSE: AVY) with prior leadership roles at Ciba Specialty Chemicals (now BASF) and Loctite Corporation (now Henkel). Kieran has also served as Independent Director of a number of successful technology start-up companies including Catacel Corp. (now Johnson Matthey) and Sirrus Inc. (now Nippon Shokubai).

Kieran holds a Ph.D. in Industrial Chemistry, an MSc in Polymer Chemistry and a BSc in Pharmacy degrees from The Queens University of Belfast in Northern Ireland, an MBA (Finance and Accounting) from Regis University in Denver, Colorado and is a Fellow of the Royal Society of Chemistry, United Kingdom and Fellow of the Irish Academy of Engineering. He is a member of the Executive Advisory Board or the Institute of Materials Research at The Ohio State University, and Chair of the supervisory committee for the Bernal Institute, University of Limerick.