The Impact of Music on Researchers 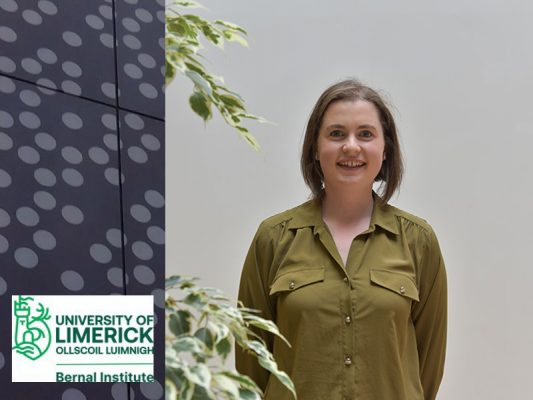 This article was written by Dr Sinéad Connolly, for the YESBernal Writing Competition, July 2021

Sinéad is a post doctoral researcher at the School of Natural Sciences, University of Limerick.

Academic researchers are widely known for, to paraphrase O’Riordan et al., their ‘totally amazing minds’, however, despite this, the academic intellect and psyche can be beset by troubles outside of their control. This review article examines the previously published theories of experts in the field who have speculated on how music can be used to improve both the professional and personal life of the scientific researcher.

The impact that music has on the mind is a topic that has fascinated academics for decades. Indeed, as far back as 1977, Swedish experts in the field were postulating ‘Without a song or a dance what are we?’ [1]. This review article aims to explore the role that music plays and indeed the potential influence that it may have in the everyday life of the researcher, thereby improving their ability of ‘just guessing at numbers and figures’, and ‘questions of science, science and progress’ [2].

Nature’s most recent biennial survey revealed that 36% of PhD students have sought help for anxiety or depression in the course of their degree [3]. Indeed, this mental health epidemic also extends to postdoctoral researchers, who report high levels of stress and insecurity [4].

Though it cannot replace mental health services, nor should it, music can be used as a tool to help ‘everybody just have a good time’ [5]. Internationally recognised specialists in the area have advocated for the use of music as an amnesiac for troubling memories with Joel stating that, as a musician, ‘it’s me they’ve been comin’ to see, to forget about life for a while’ [6] and others encouraging patients to ‘escape into the music’ [7]. More still have attested that a good song can help anxiety and settle nerves, with Cyrus claiming that it causes ‘the

butterflies [to] fly away’ [8]. However, it is worth nothing that questions have since been raised at the validity of Cyrus’s works [9].

It is widely believed amongst the general populace that academics are lonely, socially awkward individuals with a ‘shallow social life’ [10]. Indeed, studies have confirmed this, finding that scientists are ‘reticent in their expression of emotion’ and ‘deal with personal relationships in an inhibited fashion’ [10]. It will, therefore, be of interest to the

aforementioned scientists that experts have claimed that the power of music has the ability to improve relationships, particularly those of a romantic nature. Works published by John in which he ‘put down in words, how wonderful life [was] while [his romantic partner was] in

the world’ was claimed to have a positive effect on the object of the singer’s affection [11]. A later study, carried out in East High by Efron and Hudgens, involving pre-teenage subjects singing at each other in a controlled environment, posed as a ‘musical’, seemed to confirm these theories, with the principal investigators concluding that ‘I know that we belong … it’s brought us here because you are the music in me’ [12]. Furthermore, connoisseurs of the field believe that it is possible that music can enhance the quality of amorous relationships even

further, encouraging the subject of the song to partake in copulation with the performer or, more colloquially, to ‘get it on’ [13]. However, more recent experts, including Timberlake, have found that, while music may indeed promote and encourage this to take place ‘by the end of this song’ [14], any positive developments may be nullified by frosted tips and double denim [15].

Finally, it is believed that music can be soul-giving. The Cambridge dictionary defines ‘soul’ as ‘the part of a person that … experiences deep feelings and emotions’ or ‘the spiritual part of a person’. A Nature study identified scientists as ‘cold’, ‘hard’ individuals [10], while follow-up surveys indicate that 36% of scientists are atheists, compared to 2% of the U.S. population [16]. This implies that scientific researchers possess neither feelings nor spirituality, and are, therefore, soulless creatures. To this author’s knowledge, no cure currently exists for this condition, however, it has been hypothesised that music may provide the answer. Specialists such as Seger and Cash have theorised since the 1960’s that ‘old time rock and roll [is] that kinda music [that] just sooths the soul’ [17] and that ‘singin’ seems to help a troubled soul’ [18]. Furthermore, McLean expanded on this concept, questioning ‘can music save your mortal soul?’ [19]. Despite this, the subject has decreased in popularity in more recent years. Interest, however, has been re-ignited by a promising group of early-stage researchers, Jonas, Jonas and Jonas, sensationally claiming to have discovered ‘music’s in my soul’ [20], promising the hope of salvation for thousands of researchers worldwide.

To conclude, music is an important tool for the mental health, procreation and soul of the researcher and its significance can be surmised by the words of Mercury et al.; ‘like all good things on you we depend’ [21]. However, the magnitude of these benefits may depend on the personal preferences and musical inclination of the individual researcher, who might instead find greater cerebral stimulation in ascertaining the musical origins of the above references.