My head is a stereo 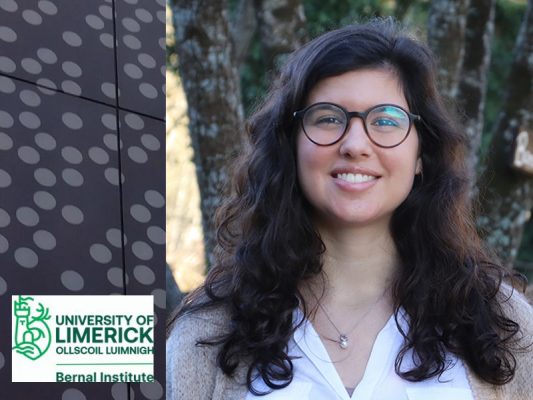 This article was written by PhD student Mariana Silva, for the YESBernal Writing Competition, July 2021

Mariana is a student at the Department of Chemical Sciences, University of Limerick and SSPC the Science Foundation Ireland Research Centre for Pharmaceuticals.

Music as always been present in Homo sapiens life even before the concept of civilization was created. The first evidence of music dates back to 40 000 years ago, when flutes made of bones were the delight of our ancestors.

Music has been playing a central role in all different civilizations, within different forms and in different rituals.

Evidence gathered through the years shows that music was always a central tool, capable of bringing individuals together, shaping identities and healing divisions, a constant and powerful uniting force.

Music is the soundtrack of our lives. Is always present in our highest and lowest moments. Everyone associates specific music with family car trips, a specific season of the year, a heartbreak, specific key-life moments, or moments that became special due to the song that you have just discovered [1,2].

Music and its impact in individuals have raised interest across centuries. The human being in general is a social being who does not like to be left alone with its thoughts for too long, life nowadays is too much, overwhelming. Although our actions need to be processed at some point and life planned, it is always preferable to delay it as much as possible with a good tune [3,4].

As a researcher you have so many questions and problems going on inside of your mind that sometimes your head is just asking for a little bit of peace and quiet. So here comes the music, the music that disperses and fades away your thoughts and makes you just feel the moment, has been shown by a variety of groups of researchers [5,6,7]. Furthermore, and I think people that work in laboratories and in general will understand what I mean, you just need music to keep you going through a long day of work. This kind of music is not always obvious, it will depend on your mood and cultural background. Not everyone will have the same reactions to the same music. However, I think we can all agree (at least the 90s generation) that when you want to go to a really happy place you just listen to Disney’s music, these are associated with times when life was much more easier and grown-ups would take care of you – which does not happen anymore. Then you have music that makes you pick up the pace due to their energizing power that takes over your body, for me that is Spanish music, it just gives the extra push that everyone needs sometimes [8,9,10].

Also, as in a relationship, because I think it is fair to say that most of the researchers are in a relationship with their research projects, things just do not go according to the plan, and you need a breakup song just to feel your sad feelings and of wondering why it did not work out in the end. For me that would be the album from Pink Floyd, Scorpion and Genesis – sad, powerful, and hopeful, all at the same time [11,12].

In the laboratory, as a scientist that is trained to identify patterns and giving them meaning, I have noticed that the days when the music is shared amongst colleagues, and people just do not keep it for themselves with the headphones, the general mood improves, people smile more, interact more, everything just runs more smoothly. Similar conclusions have been drawn and described by other teams of scientists [13,14]. So now, our laboratory has a small speaker so that people can enjoy the music while working with better sound quality. The official DJ of the day accepts personal requests so that everyone’s needs are satisfied. Our laboratory invites you to check its own playlist on Spotify entitled ‘MS2-025’- not very creative, is just the identification that is in our laboratory door.

The effect that COVID-19 had on everyone’s life cannot be disregarded. Most people were forced to work from home, either at an empty or a full house, in these moments human beings reached out to all the different arts, e.g. music, as a rescue from the daily life frenzy or even to help them to get to the next day. Researchers during this time spent a long time close inside their homes without being able to go to the laboratories, as many of the people experienced with their own work. Working alone all day can become quite a difficult task during these times, but music gave its hand.

As conclusion, I’d like to point that due to COVID-19 the people we share our laboratory with are considered friends and family, especially when you are in a country that is not yours. Music gave its help as way of connecting us all. Thank you, Music.