Bernal Chair Mike Zaworotko reaches a h-index of 100, and 50,000 citations 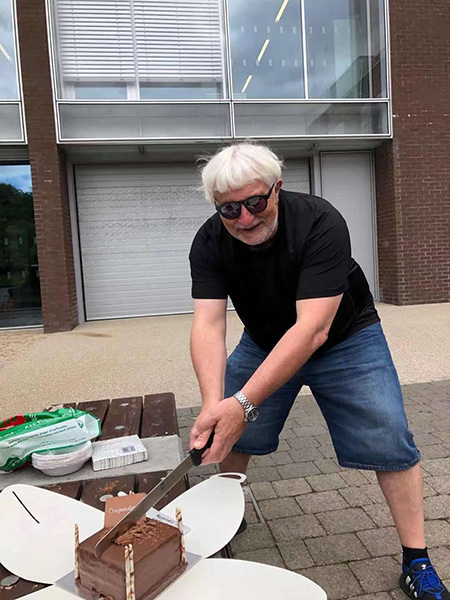 Today Bernal Chair of Crystal Engineering, Professor Mike Zaworotko reached a h-index of 100.  Dr Z has published over 400 peer-reviewed papers and patents that have been cited over 50,000 times.

Born in Wales in 1956, Dr Z received his B.Sc. and Ph.D. degrees from Imperial College (1977) and the University of Alabama (1982), respectively. He served as a faculty member at Saint Mary’s University, Nova Scotia, Canada, from 1985-1998, at University of Winnipeg, Canada from 1998-99 and at the University of South Florida, USA, from 1999-2013. In 2013 he joined the University of Limerick, Ireland, where he currently serves as Bernal Chair of Crystal Engineering, Science Foundation of Ireland Research Professor and co-director of the Synthesis and Solid-State Pharmaceutical Centre, www.sspc.ie