New TEM techniques and observations will lead to advanced medicines 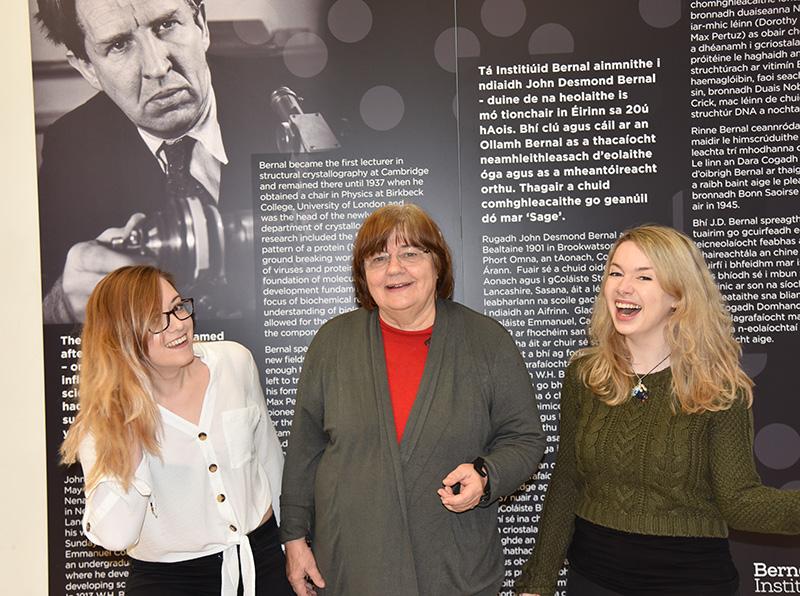 Members of the TEMUL group at UL are employing novel in-situ Transmission Electron Microscopy (TEM) techniques, enabling observations of nano-, down to atomic-scale properties of structure, dynamics and reactions in materials under heating, biasing and cryo conditions, as well as in liquid and gas atmospheres. These techniques were for the first time applied to directly observe growth of pharmaceutical crystals to study their nucleation and crystallisation. Crystals in certain materials, although having the same composition, can form different structures, called polymorphs. In pharmaceutical crystals with a particular active pharmaceutical ingredient (API), targeted at curing a specific disease, certain polymorphs of this crystal, although having the same required chemical composition, can severely impact on the efficiency and effects of the drug. They can make the drug ineffective and even produce hazardous effects on the human body, and Pharma Industries can lose billions of euros, if the wrong polymorph crystallises during the production process. Hence uncontrolled polymorphism formation in pharmaceutical drugs can have massive effects on industries, and moreover, on our society. Solutions of these problems require fundamental investigations on the atomic level, which can only be carried out by use of advanced TEM methods.

In line with the necessities to solve the problems of polymorph formation in pharmaceutical crystal, attempts to control the latter by growing pharmaceuticals in a magnetic field of a certain strength are recently being made. A current project (MagnaPharm) funded by the EU, which UL is involved in, and deals exactly with these issues: on this project the possibility to use a magnetic field to initiate and control the growth of a specific pharmaceutical crystal polymorph is investigated. First ever TEM measurements were successfully conducted at UL by (Dr Jennifer Cookman) to directly observe pharma-crystal nucleation, growth and dissolution from a precursor solution containing the active pharmaceutical ingredient, and revealing the formation of different crystal morphologies. To furthermore prove the hypothesis of the effect of a magnetic field on the crystal growth, in-situ observations in the TEM were made of crystal growth in magnetic fields of certain strengths, as well as in field-free conditions, directly revealing the effect on polymorph formation. Surprisingly it was found that the effects were not as expected, e.g., the magnetic field did not induce the expected polymorph in certain pharmaceutical crystals. These unique investigations will now be extended to a larger number of drugs, to ascertain the existence and structure as well as the control over the growth of a certain polymorph. Whatever the outcome, it will help Pharma Industries significantly to control and tailor the efficiency of drugs.